The Number That Many French Businesses Fear

ÉGUILLES, France — Philippe Plantier, a seasoned French mountaineer, was rappelling down a cliff more than a decade ago when the inspiration struck: He could turn his passion for climbing into a business.

Starting from his garage, he opened a small firm in the heart of Provence that now does a brisk local business on vertiginous industrial structures, with rappellers painting suspension bridges or belaying over mammoth nuclear cooling towers.

There are few heights to which Mr. Plantier and his workers will not ascend. But there is one number he refuses to go above: 49.

When his employee head count reached that figure, he stopped hiring. Taking on a 50th person would unleash nearly three dozen French labor regulations that he estimates would cause operating costs for his company, Travaux Grande Hauteur, to rise by about 4 percent. That could mean the difference between making and losing money, he says, in a business whose profit margins are as thin as his climbers’ margin for error.

Employees of Travaux Grande Hauteur in Éguilles, France. The company stopped hiring when it had 49 people on staff. Credit 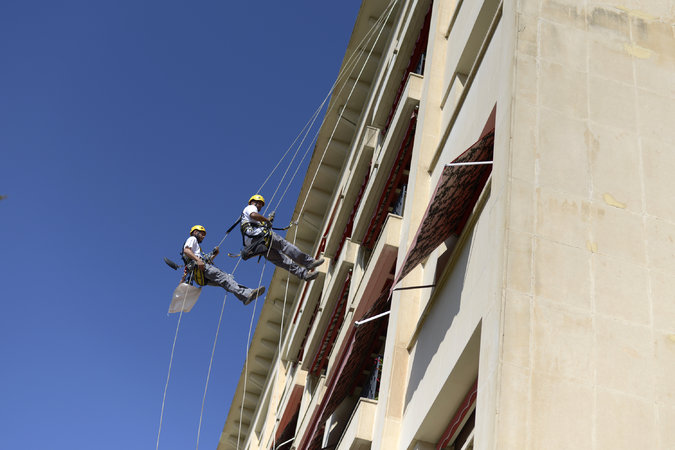